Thank You for Your Interest! Please fill out the form to see our full
ISTA Accreditation Document. 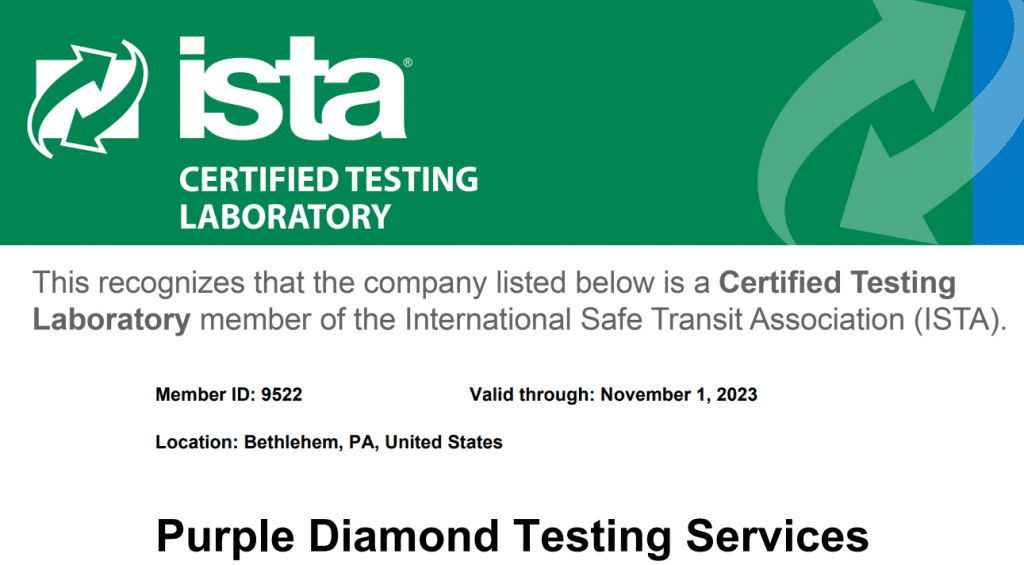 What is ISTA Package Testing?

The International Safe Transit Association (ISTA) is a members led organization committed to creating a world-class data repository to better model distribution locally, nationally, and internationally. Developing procedures and protocols, according to which packaged products are tested and validated, ISTA is revered as the certification standard for package testing for distribution. ISTA’s Testing Protocol remains a series of testing methodologies well recognized within the packaging community, including prominent e-commerce retailers such as Amazon.com and club stores like Sam’s Club.

Stay Up to Date

Your Concept, Our Expertise